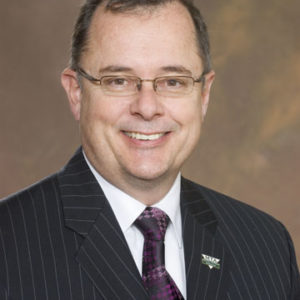 Larry Merrill is recognized as one of Michigan’s most knowledgeable and influential experts on local government, governance, financial oversight, and effective leadership.  He is a leader of Public Policy Associates’ new Center for Local Solutions, which helps clients achieve public policy goals and lead for success.

Mr. Merrill worked for the Michigan Townships Association for nearly 40 years, including 19 years as its executive director.  He represented the state’s 1,240 townships in Lansing and Washington, D.C., building close relationships with executive and legislative leaders on both sides of the aisle.  He was involved in shaping state and federal policy and helping townships respond to it.

He also has expertise in helping local governments find regional solutions to big issues such as economic development, service sharing, and placemaking, and he has also helped many not-for-profit entities build strong leadership teams.

Mr. Merrill earned a national reputation for local government leadership and served as president of the National Center for Small Communities and president of the National Association of Towns and Townships.  He also served on the American Society of Association Executives’ Finance and Administration Council and Executive Management Section Council.

He has written extensively on local government.  Selected examples include the “Survival Guild to Local Government” and “Political Implications for Intergovernmental Cooperation.”  He has taught local government management classes on budgeting, personnel administration, and leadership development to help build stronger communities with more effective services.  He has also taught governance and leadership seminars for not-for-profit entities.

Previously, he worked directly for local and county governments in Clinton and Montcalm Counties as a county emergency management director, emergency medical services director, and general county administration. He also served as an elected member of the Grand Ledge Board of Education, including three years as president.