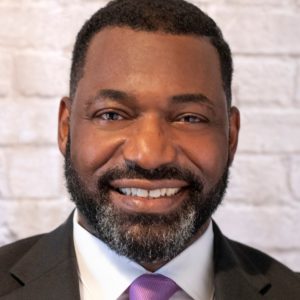 Glennie Burks has extensive and unique experience in juvenile detention and advocacy programs as well as case management for at-risk youth.

Mr. Burks worked for more than 15 years in detention and probation services in Texas as a juvenile correctional officer and supervisor.  He has collected data, analyzed and reported on juvenile delinquency rates, and developed best-practice recommendations to reduce recidivism.

Mr. Burks values building professional capacity in youth organizations, and he utilizes his vast skillset as a researcher, consensus builder, and policy analyst to best serve juvenile offenders and their families.  He infuses his work on behalf of others with cultural competence, and he champions diversity, equity and inclusion, social justice, and public safety.

As a National Research Fellow at Harvard University, he studied and researched pressing public and global issues through interviews and secondary data analysis.  He was also an Army Arroyo Research Fellow at the RAND Corporation, where he increased his analytical capabilities and enhanced Arroyo staff’s understanding of Army policies.