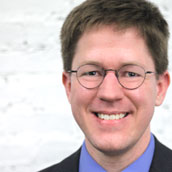 Michigan needs to develop a thoughtful, well-planned process to support youth who until now have been treated as adults for crimes they committed as juveniles, Public Policy Associates Project Manager Robb Burroughs says.

Gov. Gretchen Whitmer has signed into law “raise the age” legislation that places youth 17 and under in the juvenile justice system, with some exceptions for violent crimes. The new law takes effect in October 2021.

Research shows that 17-year-olds are not as mature as adults, have less impulse control, and are less aware of the consequences of their actions. Young people who get in trouble with the law have much better prospects for becoming contributing members of society if they are provided the supports appropriate for juveniles than if they are sent to adult prisons, according to studies.

“There’s potentially going to be an influx of admissions to juvenile detention centers that may or may not have the capacity to address these needs,” said Mr. Burroughs. “With careful planning and effective implementation, Michigan could in the long run find itself with more productive young people, safer communities, and the ability to reinvest tax dollars spent on incarceration into areas such as education.”

Communities will benefit from the best practices in other states that have made similar changes, and from sharing their experiences with each other, he said. For more information about PPA’s work in juvenile justice or criminal justice, contact Mr. Burroughs at rburroughs@publicpolicy.com or 517-485-4477.