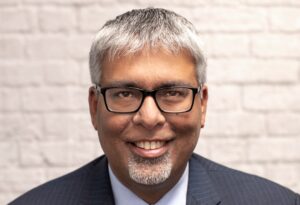 Congratulations to Sam Singh, Senior Consultant and former CEO of Public Policy Associates, on his election to the Michigan Senate. He will also be Senate Majority Floor Leader, managing the daily flow of legislation.

In the course of his career, Mr. Singh has tackled public policy from a variety of perspectives, including two stints at PPA and now two in the Michigan Legislature.

He was a senior consultant at PPA from June 2009 through 2012, when he was elected to the Michigan House of Representatives. He served three two-year terms and was House Minority Leader from 2017 to 2018.

He became PPA’s chief executive officer in 2019, holding that position until he launched his campaign for the Michigan Senate earlier this year.

Before joining PPA, Mr. Singh was president and CEO of the Michigan Nonprofit Association. He also served as mayor and City Council member for the city of East Lansing.