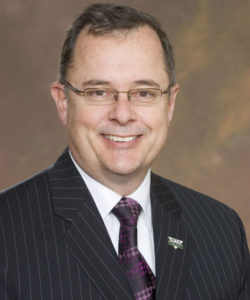 LANSING – Larry Merrill, the longtime executive director of the Michigan Townships Association (MTA) and one of the state’s leading experts on local government, will become a senior consultant at Public Policy Associates (PPA).

Mr. Merrill will retire from the MTA on June 30 after 19 years leading the association, which advises and represents the state’s 1,240 townships.  He will assume his role at PPA on July 1.

“Larry has unique and exceptional knowledge and experience working with local governments, as well as state policymakers, that will benefit current and future clients,” said PPA President Colleen Graber.  “We are confident he will be a great help to us and local government organizations.”

Public Policy Associates is an independent consulting firm that provides research, evaluation, and strategic consultation services to public, private-sector, and nonprofit clients nationwide.  PPA will announce an initiative to expand services for local governments next week.

“I look forward to working with Public Policy Associates because of its reputation for quality research and its track record for making organizations better,” Mr. Merrill said.  “The PPA team has a great depth of knowledge and experience, and it will be an honor to work alongside them.”

Mr. Merrill’s career in local government actually began at age 10—he helped his father circulate campaign flyers in DeWitt Township supporting a millage to buy a new fire truck.  He was an on-call firefighter for the township while attending college at Michigan State University (MSU) and has been engaged in local government ever since.

He worked in township and county government in a variety of capacities, including emergency medical director, emergency management director, and planning commissioner.  He also served as an elected member of the Grand Ledge Board of Education, including three years as president.  For four decades, Mr. Merrill has been

an influential voice on state and local policy and one of the leading experts on governance, financial oversight, and other important issues.  He has taught local government management classes on a wide range of topics, including budgeting, personnel administration, and leadership development.

For more information about PPA’s work with local government, contact Ms. Graber at cgraber@publicpolicy.com or 517-485-4477.