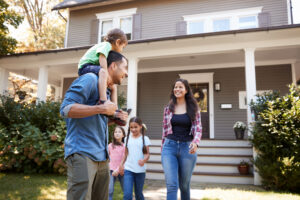 After two years of research, interviews, surveys, planning, and discussions, PPA is pleased to share Michigan’s first Statewide Housing Plan (SHP). The SHP is a five-year initiative charting priorities, goals, and strategies focused on addressing the complex challenges impacting housing in the state.

“This plan is the result of a complex research effort to collect ideas from myriad sources and synthesize the results into a comprehensive plan,” said Colleen Graber, PPA COO and project lead. “Our team was honored to facilitate the steps in the plan’s development with the MSHDA staff team and advisory groups as both Michiganders and consultants. The plan reflects current and future needs in housing, driven by data, many voices, and the vision of all involved.”

The SHP was created to identify and address the often linked social and geographic barriers and inequities historically preventing all Michigan residents from gaining access to affordable housing. As noted in Governor Gretchen Whitmer’s press release, for instance, 52% of the state’s homeless population are Black, despite making up only 14% of the overall population. The cost of housing has also risen dramatically over the last several years. Between January 2013 and October 2021, the average sale price for a home in Michigan increased 84%. Meanwhile, the average number of building permits being awarded for new housing construction is less than half that of pre-Great Recession levels.

The SHP outlines five statewide housing targets that represent the very minimum of what will be accomplished from plan activities, including the preservation and creation of 75,000 affordable housing units, stabilization of 100,000+ households’ housing, increases in home energy and efficiency in 15,000+ households, and more. The plan also outlines eight priority areas, each with its own set of goals and strategies to guide action planning in regions across the state.

Next steps, as announced by Governor Gretchen Whitmer, include the creation of a new Statewide Housing Partnership that will work alongside regional groups and Michigan’s Campaign to End Homelessness (MCTEH) to meet the goals of the plan.